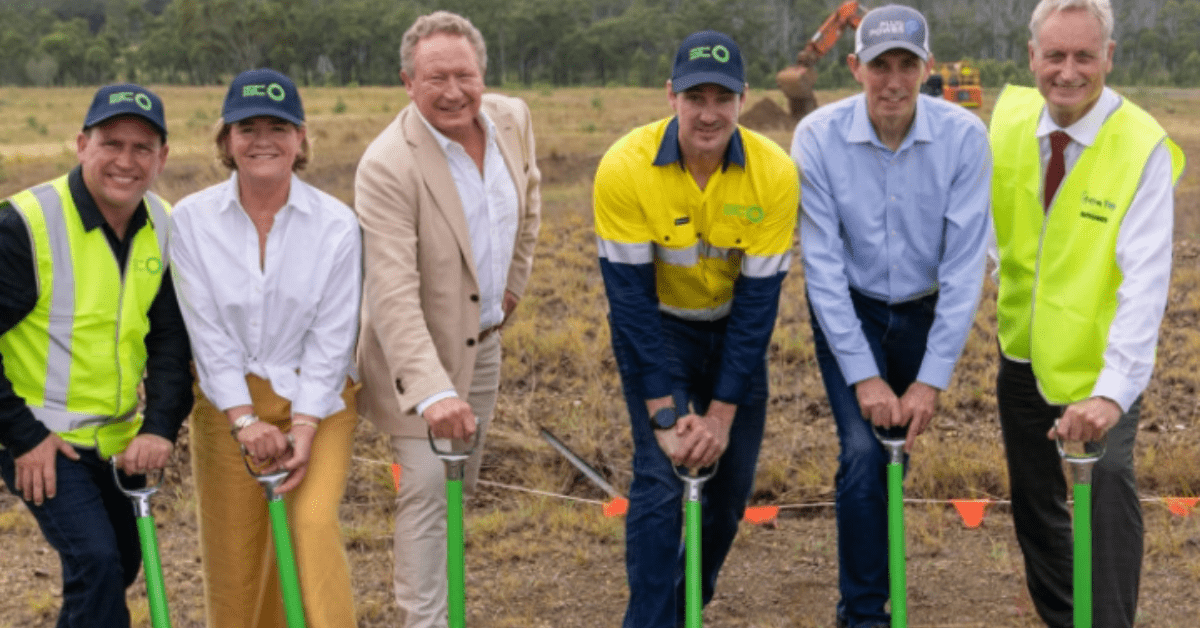 The GEM will be powered by green energy and become a major new pollution free green manufacturing hub. The GEM will help create hundreds of new direct and indirect jobs in regional Queensland.

Stage one is the A$114 million (US$83 million) electrolyser facility, which will be expanded as current demand indications crystalise. The GEM has several growth stages already planned into its factory footprint which includes green manufacturing technology such as cables, batteries, wind turbines and solar panels.

The GEM will adopt world leading technology and manufacturing practices and will help transform Queensland into a green energy superpower.

The electrolyser facility will have an initial capacity of two gigawatts per annum – more than doubling current global production, and enough to produce more than 200,000 tonnes of green hydrogen each year.

FFI’s goal is to become the world’s leading, integrated, fully renewable energy and green products company, powering the Australian economy and creating jobs for Australians as the world transitions away from fossil fuels.

FFI is targeting the production of 15 million tonnes of green hydrogen per year by 2030 – the equivalent to removing 60 million diesel fuel cars off the road this decade.

The electrolyser facility will see Gladstone become a world leading hub for the manufacture of electrolysers which are vital to the production of green hydrogen – a zero-carbon fuel that will decarbonise hard-to-abate sectors such as heavy haulage, shipping, aviation, and industry.

The first electrolysers manufactured at the facility in early 2023 are earmarked to be used in Queensland at FFI’s proposed green hydrogen to ammonia project at Gibson Island.

Dr Forrest said “The GEM will become an epicentre for Queensland’s green hydrogen ambitions, building on Gladstone’s skilled workforce and great foresight in industrial master-planning including a world class port.

“The world is moving on from fossil fuels and the green industrial revolution is underway. Fortescue Future Industries’ game changing electrolyser facility in Gladstone is putting Queensland at the centre of this revolution, which is creating an entirely new industry and thousands of multi-generational jobs for Australians,” Dr Forrest said.

Queensland Premier, Annastacia Palaszczuk said “As a result of this project and others like it, Gladstone will become a world leading hub for the manufacture of electrolysers – vital to the production of renewable hydrogen.

“The partnership we’ve forged with Twiggy and his team will create local jobs, support our economic recovery and create an advanced manufacturing industry in Gladstone that doesn’t exist anywhere else in the country.

“There is no doubt that the hydrogen industry will play a key role in future employment, investment and export opportunities for Queensland,” Ms Palaszczuk said.

Deputy Premier Steven Miles said “Not only is this project a win for the environment, thousands of jobs could flow from this manufacturing facility for Queenslanders in the coming decades,” Mr Miles said.

“The start of civil works comes off the back of planning approval granted by Queensland’s Coordinator-General in November to progress the $114 million first stage of FFI’s Green Energy Manufacturing Centre at Aldoga in the Gladstone SDA.

“The 100-hectare site in Gladstone is the ideal location for the first electrolyser manufacturing hub in Australia,” Mr Miles said.

FFI Chief Executive Officer Julie Shuttleworth AM said the global demand for electrolysers is expected to soar as the world transitions to new energy sources.

“Fortescue Future Industries is ahead of the curve. The electrolyser facility is set to be complete by early next year and will quickly scale up to meet the growing demand for electrolysers. We plan to manufacture other renewable energy components in future expansions,” Ms Shuttleworth said.

The multi-gigawatt-scale electrolyser factory is a 50-50 joint venture (subject to approvals) between FFI and Plug Power Inc.

The construction of the GEM will create more than 100 jobs during the construction phase, up to 50 permanent jobs and several hundred indirect jobs which will support the local supply chain.

The further stages of FFI’s GEM will be delivered in specialist production lines according to the requirements of FFI and its customers, and could include the manufacture of wind turbines, high-voltage electric cabling, solar photovoltaic cells, modules and arrays, and associated renewable energy infrastructure.

This article first appeared on the Fortescue Future Industries website.