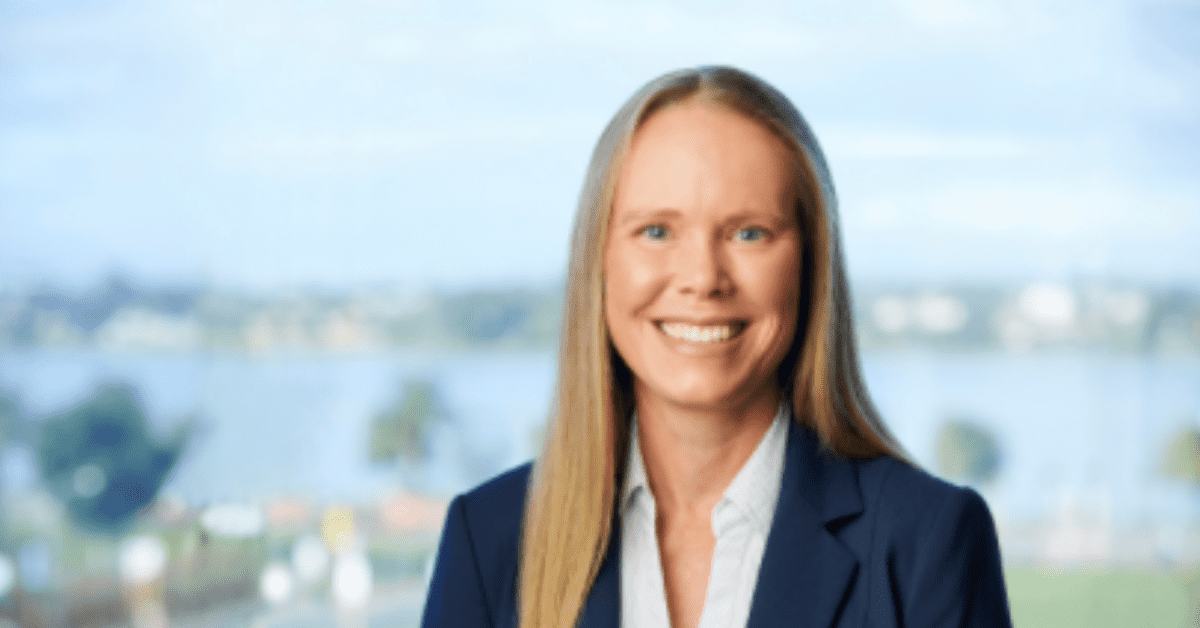 When iron ore billionaire Andrew Forrest declared last year that his newly formed Fortescue Future Industries had set a target of producing 15 million tonnes of green hydrogen a year by 2030, most people thought “what a great ambition”, but wondered how and if it could be done.

It seems as though that sort of thinking was happening within Fortescue itself. But now, 12 months later and after a head spinning series of announcements, MOUs, company takeovers and claimed technology breakthroughs, they are convinced it can actually be done, and is not as far-fetched as thought.

“When we set this goal about 12 months ago …  it certainly was a stretch target,” FFI chief executive Julie Shuttleworth said (pictured).

“It was very stretch, but 12 months have since passed, (there) is a huge amount of demand for green hydrogen and we’ve advanced our projects here in Australia and around the world.

“We’ve advanced our technology portfolio with advanced manufacturing, we’ve got some excellent team members  … and now this is looking very achievable. It is absolutely possible but it still needs a massive effort. Of course, no one has done this at this scale before.”

To put the scale of the target in perspective, only around one million tonnes of green hydrogen is being produced in the whole world today. And Fortescue’s target would likely to require some 200 gigawatts of new wind and solar to reach that target, a bit less if it’s delivered in the form of green ammonia.

If the target is reached, it will not be an isolated achievement. It will be accompanied by a wholesale transformation of the energy and manufacturing industries beyond what most people can imagine. And it will accelerate the transition to renewables in the main grids of Australia, and other places in the world.

But while many of the Fortescue announcements are still at the “MoU” stage, and Shuttleworth says there are a lot more that we don’t know about, there have been some tangible advance.

It has also created a joint venture with the US-based Plug Power and is now building a factory in Queensland that will deliver 2,000MW of electrolysers a year, double the world’s current capacity.

The Global Green Energy Manufacturing Centre [in Gladstone] is likely to expand significantly – in terms of electrolyser capacity, but also in making other components essential for a green hydrogen economy, such as solar panels, wind towers, battery storage, cabling, and other materials.

“It will be a world leading hub for manufacturing electrolyzers,” Shuttleworth says. “We’re going to start with a two gigawatt per year capacity, and we … will expand it beyond there.

“We have started construction of that facility already and we expect to be making electrolysers by next year. So of course, our FFI projects alone will be strong consumer of those electrolyzers.

“We just can’t wait for the rest of the world to make electrolyzers we need to keep advancing these projects. And clearly manufacturing of the key components is a big important part of that.”

Fortescue Future Industries Head of Manufacturing Cameron Smith will be presenting the Global Green Energy Manufacturing Centre and the procurement opportunities available to the resource and construction supply chain at the online Connecting Renewable Energy Conference Queensland on April 7. For more information and tickets connect here.