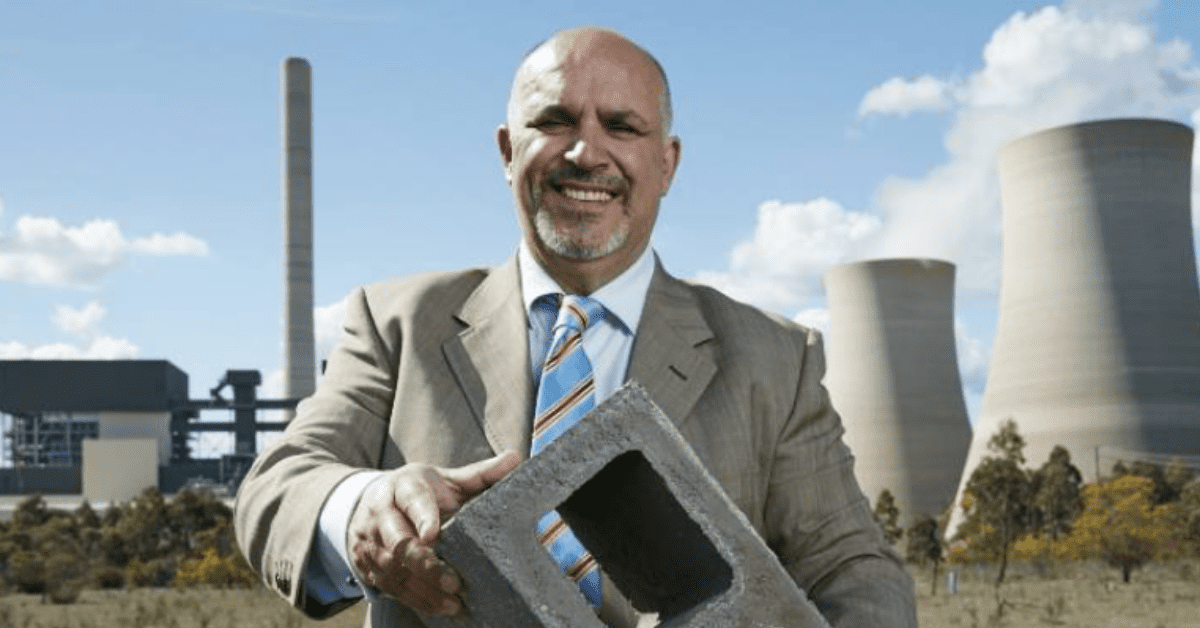 Tucked away in Lithgow is a company which is solving a long-held environmental issue and revolutionising the building industry at the same time.

“There is enough ash on the ground from coal-fired power plants in NSW to fill Sydney Harbour from the heads to Parramatta,” Mr Rahme said. “We are hoping to use this ash to reduce NSW’s carbon footprint while providing a major boost to manufacturing.

“Our goal has been to take environmental waste from power stations and make bricks and blocks for the building industry that are stronger than concrete but can sell for a lot less.”

With a plant currently operating at the Mount Piper Power Plant and another planned at the AGL Bayswater power station,  which is expected to create 250 construction jobs and 35 operational jobs, and up to a further 90 people indirectly in distribution of the product, company director Mike Retter said Nu-Rock blocks and bricks are a game-changer for those in the construction industry.

“These blocks are stronger than the equivalent concrete products,” he said. “And importantly, they are half the weight and cost less than cement blocks.”

“That means block layers can do more in a day because Nu-Rock products are easier to handle and lighter,” he said. “Transport costs are also reduced because loads are lighter. Essentially, builders can use Nu-Rock products and build with less costs all around. They can do more with their money or provide customers with a quality product at a reduced price.”

Nu-Rock Managing Director Maroun Rahme will be presenting the company’s supply chain opportunties for the construction of a plant at the Bayswater power station at the Connecting Hunter Industry Conference on August 4. For more information connect here.

This article first appeared in the Western Advocate.